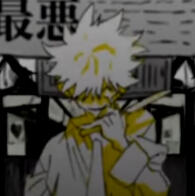 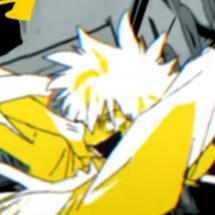 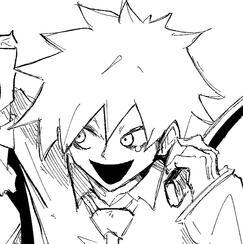 Hey my names Sullivan but I mostly go by Ghast online, feel free to call me either. I'm a 20 year old gay man from the US. I was born on August 1st in 1999 and I have been an absolute goblin since.

I mostly use mastodon these days.

I'm pretty hyper active I talk quite a lot about anything that comes to mind or interests me so I tend to go on and on. I enjoy being absolutely cursed and shitpost quite a lot, I just like having a good laugh and enjoying my time on this earth. I love talking to people but I'm kind of shit at words so communication is hard for me so bear with me. 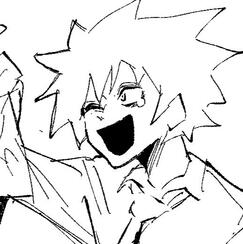 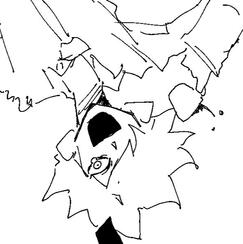 As such I also have an aesthetic for similar things, glitch aesthetic, dark and dreery, and all that comes with being a satanist lol, etc.

I find mythology and religion quite interesting in an information hoarder and an aesthetic sense and as such they tend to be a major influence on my work.

My OCs are also a big interest of mine and are the thing I talk about the most. The above tend to influence my works.

I also have an interest in MBTI though I'm not very good at it lol. At least I know about the functions. 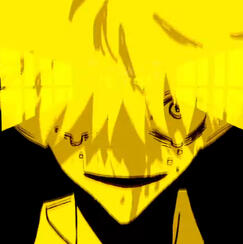 Miscellaneous facts about me.
My favourite animals are Crows, Ravens, Goats, Sheep/Rams, and Cats.
My favourite pokemon is Banette but I love all Ghost type pokemon and Murkrow, Corviknight, and Sableye.
My favourite memes are Loss and Lucky Luciano.
My type is twinks, typically tall, with dark hair. Especially with dark eyes and/or eyebags.
Sans Undertale was my gay awakening.
My favourite color is red.
I love Diet Coke.
I have way too many OCs and I just keep making more
My nickname Ghast comes from my love of the macabre not because of the frickin minecraft ghast.
I really like the song Delusion Girl by Touyu 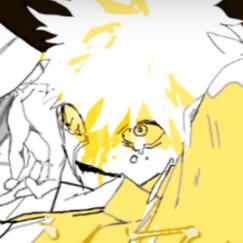 Yeah I made a page dedicated to my MBTI type

Part of the reason I made this is because there's no one specific site I can really link to for specific types. But some people see ENFP and go "I don't know what that means" so this is what this is for.
Though if you know of MBTI this might also be useful cause chances are you might not know about the functions which please learn the functions.
Anyways this bitch is probably gonna be long even though I won't even be super indepth.

So to start off MBTI is not personality it's cognitive functions. Which can affect how you act and stuff but it isn't a personality type.

As an ENFP my dominant function is Extroverted Intuition or Ne. Being my dominant it refers to my brain's default way of doing things and thinking. Extroverted in MBTI refers to the function being used to interact with the external world to contrast Introversion which is about interacting with the internal self.

Ne is described as "an information-gathering process that focuses on finding theoretical connections, relationships, and possibilities." "instead of merely exploring ideas or possibilities, Ne is envisioned as creating or building something with those ideas." "objectively perceives concepts. This usually translates to getting lots of inspiration and ideas from everywhere and making unrelated connections about how things may behave."

My auxiliary is Introverted Feeling or Fi, it's the second way my brain goes about doing things often when the situation doesnt call for Ne. The order of your functions is the order in which you use them though they also often work to serve and support the dominant. Your aux will be introverted if your dom is extroverted and vice versa.

Fi is described as "a decision-making function that focuses on the internal, subjective world of values and personal ethics." "It focuses on the subjective, internal world of absolute personal value systems and assesses all things based upon whether they uphold the values, conflict with them, or have no impact." "Uses inner systems of morality to make judgments. This usually translates to prioritizing individuality and authenticity over group harmony."

Though as it's my auxiliary function I tend to be much more open about my feelings than Fi doms and also rely more on validation and the responses of others than Fi doms.

My tertiary function is Extroverted Thinking or Te. Being my tertiary it's not as strong nor used as much as my other two functions. Te is described as "Uses outside systems of logic to make judgments. This usually translates to prioritizing efficiency and hard evidence to get something done over having every possible piece of evidence or the most elegant solution.".

As a tertiary function it's one that needs to be developed to be properly used unlike the dom and aux which come more naturally. Though even undeveloped it is still used. Developed it helps with creating a sense of structure and organized progression. Undeveloped it causes procrastination as Ne thrives on new projects (new unknowns) rather than following through and has difficulty with tasks deemed "uninteresting". Tert Te also allows for more objective decision making outside the Fi's scope especially when developed.

Looping occurs when you use your dom and tert function without checking in on your aux. While not necessarily bad and often quite useful when used briefly, extensive looping can cause extroverts to become dominating and reckless and introverts to become out of touch and irrational.

As my dominant function is Ne my last and inferior function is Introverted Sensing or Si. Si is described as "subjectively perceives the outside concrete world and their experiences in it. This usually translates to them trusting past experiences they have had and expecting things to behave as they previously have.".

If Ne is about exploring the unknown Si is about the comfort of the known. When Si is healthily used it creates a concrete grounding in the real world, keeping us from flying too close to the sun. Failure can often feel like the end of the world that no matter how hard you try it wont work so why try anymore, healthy Si allows for the ENFP a safe place to go to and realize it isn't and allows us to value and appreciate what we already have and what has been established, and combined with Te allows us to create a path with which to pick ourselves back up and explore again when we're ready.

Unhealthy, extended uses of Si can often lead the ENFP into what's known as Si grip where you ignore all of your other functions and go straight to Si which is described as "obsessiveness, hypochondria, hypercritical, haunted by the past, fixating on a single possibility instead of exploring many." We can often feel trapped in a boring repetitive loop of the same thing day in and day out, where nothing will ever change and you'll never amount to anything. ENFPs lose their energy and become more depressed and become overly self critical and isolate. Sometimes when combined with Te it can cause the ENFP to demean and lash out at others to feel better about themselves.

Anyways yeah that's all that shit. To a lot of people MBTI is just a bunch of bull which is understandable especially when considering how its used in the mainstream but for me personally learning about MBTI and my type helped my mental state by helping me get out of an Si grip, while I still need to improve and MBTI can't solve all my mental problems of course, lmao pretty sure I need therapy for that, it certainly did help at the time since it felt like I finally had answers to why I felt the way that I did besides "Oh I have depression". 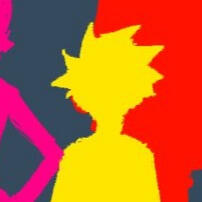 As an ENFP I continuously absorb information to make connections and ideas and use that inspiration to create. I love exploring new ideas and possibilities and new thrills. I often ramble and hop from one idea to another and can have difficulty following through projects, though I'm good at just winging it.

ENFPs are known for being energetic and exuberant though as a 7w8 I'm more grounded than many of my ENFP counterparts.

I'm more sensitive than others and cry easier but this also means I can be more open with my emotions, I rely on validation and response more than others, and I need to work on developing structure in my life and balancing with the concrete. 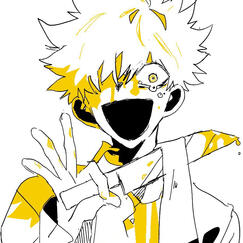